By Story of America Team 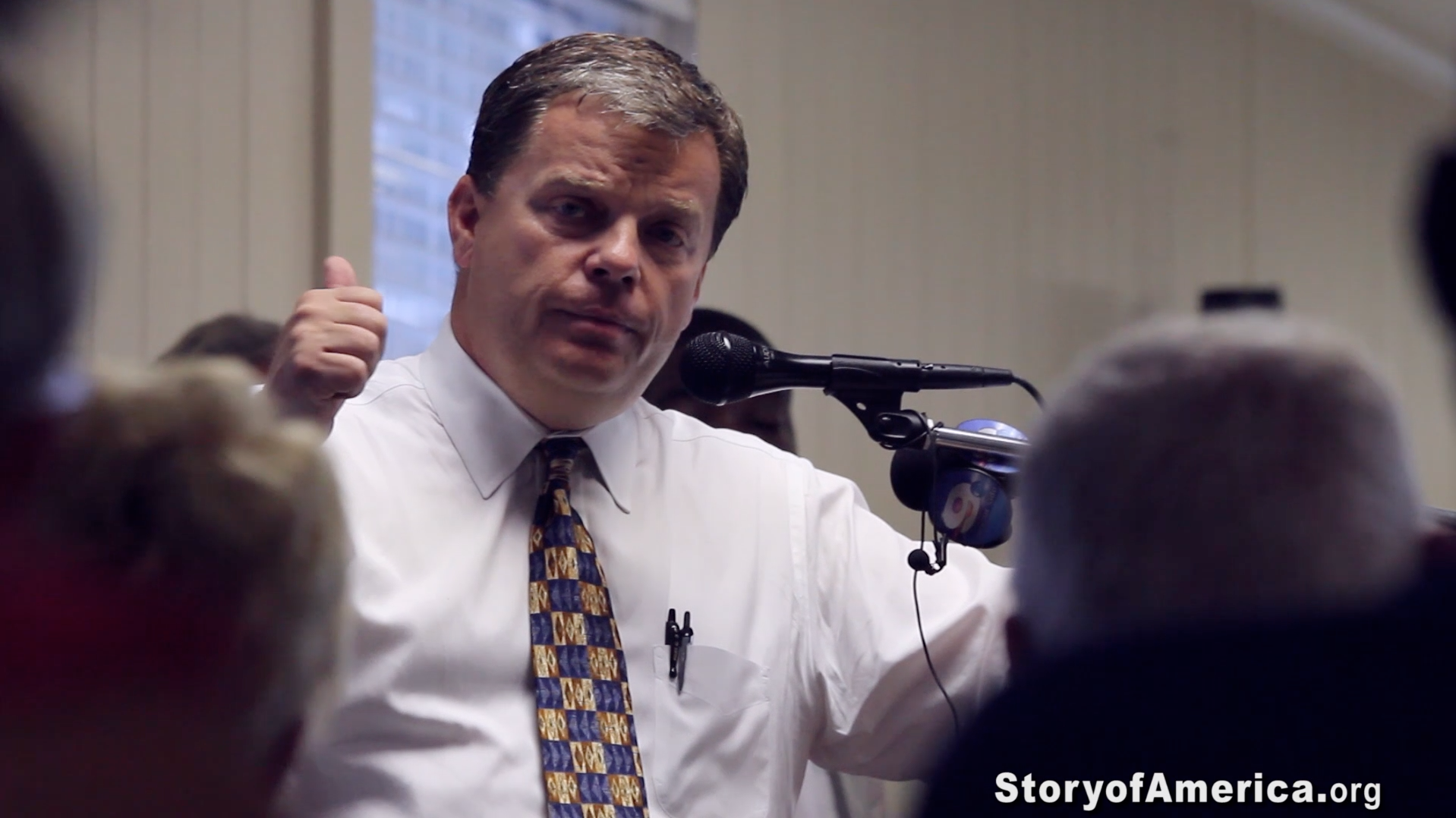 On April 3, 2014, Vidant Health CEO David Herman, MD spoke at the signing ceremony for the mediated settlement that resulted from the North Carolina NAACP’s filing of a Title 6 complaint with the U.S. Department of Justice. The complaint had pointed to the disproportionate impact Vidant’s takeover and closing of the Pungo District Hospital in Belhaven, NC would have on poor and minority communities, prompting the DoJ to invite Vidant to join a mediation process and avoid litigation.

Vidant Health has an operating margin (the term “profit margin” is not used for tax-exempt non-profits) of over $100 million per year, and is seeking increase that number in order to build upon its sprawling medical center in Greenville, North Carolina, about an hour west of Belhaven. In the fall of 2011, Vidant Health (then known as University Health) took control of Belhaven’s Pungo District Hospital — as well as Beaufort County Hospital which is half way between Greenville and Belhaven. Both of these newly acquired hospitals have seen increased losses since their acquisition by Vidant. In the fall of 2013, Vidant announced it would close Belhaven’s hospital, which was smaller and further out into the country, and the only provider of emergency services to approximately 20K people.

The NAACP argued that Vidant’s business practice of extracting well-insured patients from wide geographic regions, while limiting emergency services to those regions in order to avoid the uninsured, would disproportionately impact African Americans, poor, rural Americans, and other minorities. From a business perspective, Vidant would prefer to service customers with insurance — each year, Medicare pays out an average of $10,000 per patient and there are 13,000 Medicare recipients in the region worth $130 million dollars per year. But a preference for well-insured patients, while using vast geographic distances as barriers for uninsured patients, disproportionately impacts poor people and people of color. This much is indisputable. Vidant Health receives 70% of its funds from government programs such as Medicaid, and, under Title 6 of the 1964 Civil Rights Act, it is against the law to accept federal funds and then use them in ways that are discriminatory. (And, as Washington Post columnist Dana Milbank would point out later, even patients who DO have insurance may not be able to use it in time, to tragic results, if the closest emergency room is 75 miles away.)

Story of America was among the television and print journalists who waited outside of mediation sessions for news. Often, the statements were brief, leaving to interpretation how things were progressing. After the second day of mediation, the body language was gloomy, and we soon learned that Vidant Health had drawn up a contract to pass the hospital over to its partner company Pantego Creek, LLC. We took this as a sign that Vidant didn’t like the way that mediation was progressing, and would rather have the hospital, and thus, potential Civil Rights Act violations, become the responsibility of Pantego Creek LLC (which is not dependent on federal funds to stay in operation).

But  on March 26 during the 4th day of mediation, things seemed to take a turn for the better. The two sides came out and announced that a settlement had been reached that would avert the planned closure of the hospital on April 1, and transfer the hospital back to the community by July 1. When asked about the paperwork hastily drawn up to pass the hospital over to Pantego Creek, LLC, Dr. Herman said that this contract had not been executed.

However, the contract was executed in June when Pantego Creek, LLC announced that it would not allow the hospital transfer to go through, thus breaking the DoJ-mediated settlement.

In a June 27 press release, the NC NAACP complained about what it calls “the Pantego Creek glitch,” stating the following:

Vidant Attorney Mary Beth Johnston expressed surprise at the LLC’s statement. Close observers, who believe that Vidant Health has been financing the maintenance of the LLC and paying for its attorney, were shocked that Vidant’s creation had turned against the multi-million dollar hospital conglomerate over the hospital transfer. Most people close to Vidant’s recent maneuvering in Belhaven believe the LLC’s Board and Attorney were selected and controlled by Vidant.

“We were sitting directly across from the Vidant CEO when he told the mediator that it was not necessary to have the LLC at the table or involved in the signing of the agreement,” said Rev. Dr. William J. Barber, II, president of the NC NAACP. “The clear implication was its leadership would do exactly what Vidant told them to do. Apparently, some of the LLC have an independent streak, like my people, who were brought up not too far from this hospital. We have asked the Attorney General and the U.S. Attorney to investigate what appears to be some back-door dealing that was not readily apparent when we worked out our agreement.”

“I’m confident,” Dr. Barber continued, “that the great work our transition team has done in preparing a viable business plan for the hospital for the next few years will keep it open. I cannot believe that Vidant and the members of the LLC want to be responsible for the deaths of dozens of poor and minority people from the outer banks and Beaufort County who will be deprived of Emergency Services within a 45-minute window – all because a handful of people have a back-door agenda that has nothing to do with health care and wellness centers. I trust the Justice Department’s investigation will get to the bottom of this last-minute betrayal.”

The NC NAACP’s supplemental complaint, filed June 24, asked the U.S. Department of Justice to seek injunctive relief immediately to preserve the status quo of the Hospital.

“People will die,” Dr. Barber wrote to Atty. General Eric Holder. “People will suffer long-term medical problems, because Vidant, and other entities acting in concert with Vidant, have reneged on promises and representations made during the mediation process. People of color in these counties will be without emergency and other critical services as of 1 July 2014.”