About Story of America 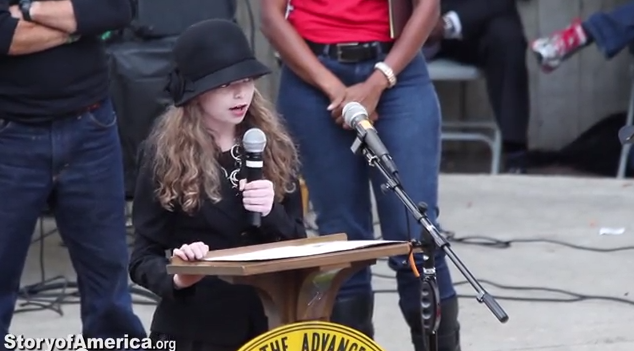 In today’s America, 50 years after Martin Luther King, Jr. marched on Washington and 150 years after Lincoln signed the Emancipation Proclamation, America faces profound divisions along political, economic and cultural lines that threaten to destabilize our nation and democracy.

America – the nation of the people, for the people and by the people – is deeply divided. The divisions are political, economic and cultural. The result is economic decline and governmental dysfunction. Moreover, the people are growing hopeless and cynical, losing faith in America’s ideals.

Opinions have polarized to the point that people along both sides of the divide view the opposition with a great deal of fear and paranoia, leading to alienation and a dehumanizing view of those who don’t share our beliefs.

The Story of America is a unique project to both document the story of our divided nation in 2013, and engage those with the power to heal these divisions – the people – in the transforming power of storytelling and dialogue.

Our main purpose is to use our videos to foster dialogue so that we may become more united as a country and deliberative in how we engage in our democracy.

In its format, it is a web series with over 100 videos already up on our youtube channel, and it will be a feature-length documentary.

We began in October 2012 and as of now we have traveled to Virginia, Maryland, Washington, DC, Connecticut, New York, Kentucky, Illinois, Pennsylvania, Michigan, North Carolina and Alabama. We are documenting our journey and the people we meet along the way, but we are also showing our videos and engaging people in small groups and large community settings. Those discussions are also documented.
We are focusing particular attention to the Moral Monday movement and the political struggle in North Carolina for the feature documentary. The fight here involves many fundamental divisions in America including election laws/voting rights, influence of money in politics, the role of government in our lives, racial divisions, demographic shifts, and economic policies/income inequality.
In North Carolina, we see a story of a state and its people that is dramatically divided, yet yearning for a sense of unity and hope. We hope that our videos, screenings and discussions may contribute to healing the divide.

We invite viewers to submit their own statements, responses, and stories in the form of essays, videos, and photos. These submissions will be uploaded to the website, and, we anticipate that some of the clips will be included in the feature documentary.